An album review on Vicious, the fourth full album from Halestorm.
Please click here to support Rocked on Patreon = https://www.patreon.com/Rocked

Halestorm is an American rock band from Red Lion, Pennsylvania, consisting of lead vocalist and guitarist Lzzy Hale, her brother drummer and percussionist Arejay Hale, guitarist Joe Hottinger, and bassist Josh Smith. The group’s self-titled debut album was released on April 28, 2009, through Atlantic Records. Their second album The Strange Case Of… was released on April 10, 2012. Its lead single “Love Bites (So Do I)” from that album won their first Grammy Award for Best Hard Rock/Metal Performance on February 10, 2013.
Vicious is the fourth studio album by American rock band Halestorm. The album will be released on July 27, 2018 through Atlantic Records. The album has had three singles released, and a video for the song “Uncomfortable”, which was directed by Evan Brace. This album is the follow-up album from “Into The Wild Life”, which debuted at number five on the Billboard Top 200 chart.
#Halestorm #Vicious #LzzyHale #Uncomfortable #DoNotDisturb #Rocked

See this and much more at these sites:
http://www.musicexistence.com
http://www.getrocked.net
___

DISCLAIMER – Copyright Disclaimer Under Section 107 of the Copyright Act of 1976, allowance is made for “fair use” for purpose such as criticism, comment, news reporting, teaching, scholarship, and research. Fair use is a use permitted by copyright statue that might otherwise be infringing. Non-profit, educational or personal use tips the balance in favor of fair use. 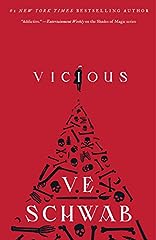 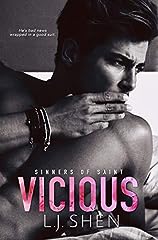 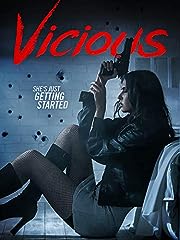 Do Not Disturb And White Dress

I absolutely LOVE this album, I’ve been listening to it religiously and can’t wait to see them live next month!

I like Halestorm, but the overriding feeling I got from the album was that it just felt a bit slow, especially when compared to their earlier music. I kept wanting them to turn everything up to eleven and fucking go for it (Uncomfortable sort of does this, but the chorus kills all the momentum IMO).

Their whole MO of “we can do what we want” that gets represented in the lyrics feels undercut by underwhelming and kind of samey instrumental work.

This album is amazing 😀 So many good songs on it, I pre-ordered it as soon as it got announced too and it’s a signed copy, Uncomfortalbe to me is one of the best Halestorm songs ever written 😉 <3

This might be the worst album of the DECADE. I USED to be a big fan of theirs. Soo much raw talent went to waste on this dumpster fire of an album. They have become a sellout, this album is just trying to chance another Grammy.

Review Powerwolfs new album “Sacrament Of Sin”, its my favorite album of the year so far

She’s wants to be Joan Jett so bad

What did you think of Vicious?
Check out the music video for “Uncomfortable” here: https://www.youtube.com/watch?v=taanowedKoY

I consider myself a huge Halestorm fan, but I honestly wasn’t all that keen on Uncomfortable. Not that it remotely matters what I think (since that’s literally the point of the song,) but the sentiment of “I’m gonna say/do whatever I want regardless of what you think” is one that I hear a bit too often in music in order for me to appreciate it.

Pass. Just listen to any rock album from the 70s.

Already sounds better than Into The Wild Life

4:00 – You’re appearing on camera during an album review? I don’t think I’ve seen that before

new thumbnail style, face time just before the final verdict… is this the way you want to make your reviews from now on, or will you be circling through some formats? also, are you planning on reviewing Tranquility Base Hotel & Casino?

If you like her voice, check out Sister Sin.

I loooooove this album. I don’t think I can rank it above Strange Case Of but I’m certainly willing to say that it’s their second best album.

Love this album, and your detailed analysis of it. Would it be possible for you to review Powerwolf’s new album, ‘The Sacrament of Sin’?

Their music and her vocals are awesome. Her lyrics are where they fall for me.

I love the new thumbnail design.